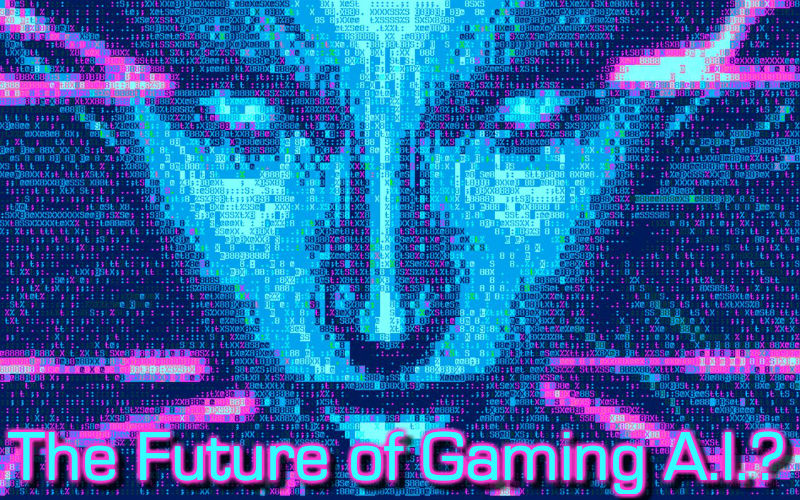 Artificial Intelligence ( AI, also Machine Intelligence, MI ) is intelligence exhibited by machines, rather than humans or other animals ( Natural Intelligence, NI ). In Computer Science, the field of AI research defines itself as the Study of ” Intelligent Agents ” : any device that perceives its environment and takes actions that maximize its chance of success at some goal.

In a simple language we can say that Artificial Intelligence is giving  robots and computers the thinking capabalities and self awareness of humans.
Let’s see AI in Gaming World.
In modern games, AI is to generate responsive or logically correct behaviour in non-player characters aka intelligence provided to computers. AI in gaming has been from its inception.
In the last 5 years gaming industries has seen a 200 percent boost, credit goes to the introduction of the   smartphones. People now-a-days have at least a game or two in their smartphones or PC. The quality of games these days are better as compared to last 20-30 years which  urges gaming companies and developers to control/improve the AI in games. There is a constant demand & need for a better gaming experience in today’s market. Many contemporary video games fall under the category of action, first person shooter, or adventure. In most of these types of games there is some level of combat that takes place. The AI’s ability to be efficient in combat is important in these genres. A common goal today is to make the AI more human, or at least appear so.

We all have once playeid
Temple Run by Imagi Studios. It is an infinite run game where the player can run for infinite distance. The primary objective here is to take as many boostups and coins and dodge/jump/duck from the obstacles. The AI is designed  such that whenever some input(mostly swiping) is provided by the user, it performs the above mentioned steps.
Many gaming giants in the field of AI have argued that video game AI is not true intelligence. According to them AI is an advertising buzzword used to describe computer programs that use simple sorting and matching algorithms to create the illusion of intelligent behavior while bestowing software with a misleading aura of scientific or technological complexity and advancement. Since game AI for NPCs is centered on appearance of intelligence and good gameplay within environment restrictions, its approach is very different from that of traditional AI.
Computer Science & Engineering too deals with AI, which makes Artificial Intelligence very important for us. Studying AI will definitely benefit us. Gaming Industry in India is increasing at a fast pace and it requires more and more developers and professionals to build such  intelligent systems.
Hence, we can conclude that Gaming AI is a very innovative field to look out for.
Contributed By :
Prafull Gururani
B.Tech. C.S.E. II Year

2 Replies to “AI in Gaming World”