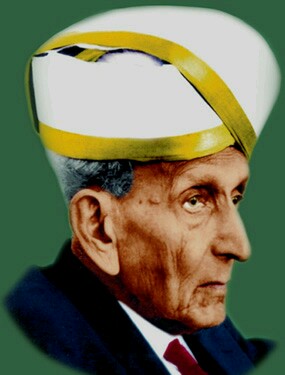 A very Happy Engineer’s Day to all our Engineering students/alumni . Engineer’s Day marks the birth anniversary of Bharat Ratna Sir M. Visvesvaraya, a prominent engineering pioneer in the history of Indian development. The theme for this year’s Engineers Day is “Role of Engineers in a developing India ”

Mokshagundam Visvesvaraya, KCIE(popularly known as Sir MV; 15 September 1861 – 12 April 1962) was an Indian engineer, scholar, statesman and the Diwan of Mysore from 1912 to 1918. He is a recipient of the Indian Republic’s highest honour, the Bharat Ratna, in 1955. He was knighted as a Knight Commander of the British Indian Empire (KCIE) by King George V for his contributions to the public good.

Sir MV had a flair for complex engineering problems and nation building. It is to honour his achievements and contribution towards the country that India celebrates Engineer’s Day on his birthday, 15 September.

– In Hyderabad, he improved the drainage system.

– In Bombay, he introduced block system of irrigation and water weir flood gates.

– In Bihar and Orissa, he was a part of the building railway bridges project and water supply schemes.

– In Mysore, he supervised the construction of KRS dam, the then Asia’s biggest dam.

He was not only praised by the Indian government but also received honorary awards and memberships from all over the world.